Hidden Jewel in the Himalayas 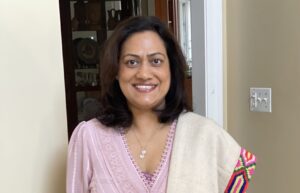 For sheer geographical diversity, few places in the world are as richly endowed as Himachal Pradesh. Low rolling hills just a couple of hundred meters above sea level, climb on to touch the core of the Himalaya Mountains. Here lie peaks that are several thousand meters high and never lose their perennial snows. Then, past these forbidding heights lie a visually stunning cold desert of the Trans Himalaya. This variety of nature opens immense possibilities for a wide range of adventure and tourism.

Amid this unique geographical region, there is the hidden jewel in the Himalayas, my home town Rampur Bushahr. At a distance of 120 km from Shimla, Rampur is well connected via National Highway 5 which passes through the picturesque slopes of Narkanda at a height of 9000 feet. As one climbs down, the majestic and mighty serpentine curves of river Satluj get visible. An additional one and half hour drive along the Satluj leads you to the capital of the once-famous former princely kingdom of Rampur Bushahr during the British Raj. Located by the banks of River Satluj, it, occupied a very strategic location as it fell on the ancient route to Afghanistan, Ladakh, Tibet, and China and thus the town of Rampur Bushahr benefitted and flourished from a wide range of economic and cultural activities. It is still a bustling business town and the melting pot of cultures of the region.

There are many attractions on the way to Rampur Bushahr from Shimla such as the snow skiing spot of Narkanda, Hatu Temple at an altitude of 14000 feet, apple orchard of the Kotgarh belt, and the scenic Satluj Valley, and more. From historical places to the temple villages there’s a lot to see and to do here. Ancient Bhimakali Temple at Sarahan which is 45 km away from Rampur Bushahr is a very famous and main attraction in the region.

Asia’s largest Hydro-electric Project at Jhakri is the new feather in the cap of this once princely state. A gateway to tribal districts of Himachal such as Kinnaur, Spiti, and further to Tibet and Ladakh, the town of Rampur has been the main educational and communication center of the area. The highlight of the town is a fair called Lavi Mela, which is arguably one of the biggest fairs of North India is held here every year in the month of November. This fair is popular among the travelers alike. Some of the best things to buy during the fair include Chilgoza or Pine nuts, finest Pashmina Shawls made of soft sheep wool, crop produce, handicraft items, and dry fruits from Kinnaur. The area is a fruit basket producing a large variety of fruits all year round such as Prunes, Apples, apricot, Pears, and Persimmon. Lately, the area along the low-lying banks of Satluj has started producing good quality mangoes & guavas.

In the heart of Rampur town are some of the ancient Hindu and Buddhist shrines worth a visit. These include Raghunath Temple, Ayodhya temple, Sri Satya Narayana Temple, and Dumgir Budha Temple, which is most famous for its large prayer wheel. Another great attraction is the Padam Palace, an interesting structure built in the colonial and Pahari style of architecture. The palace adds a kind of statement to this simple yet rustic mountain town. It is also the residence of the erstwhile Royal family of Rampur, Raja Virbhadra Singh who holds the record of being the Chief Minister of the state of Himachal six times.

A synonym of Rampur is its very famous Bushari Topi often seen adorned on the heads of famous politicians and celebrities. The cap is a regular feature amongst the locals who flaunt it at all events and gatherings.

Rampur Bushahr is now connected throughout the year by all-weather roads. The town has more to give than to take in terms of experience, learning, and relaxation, so, do plan a visit!