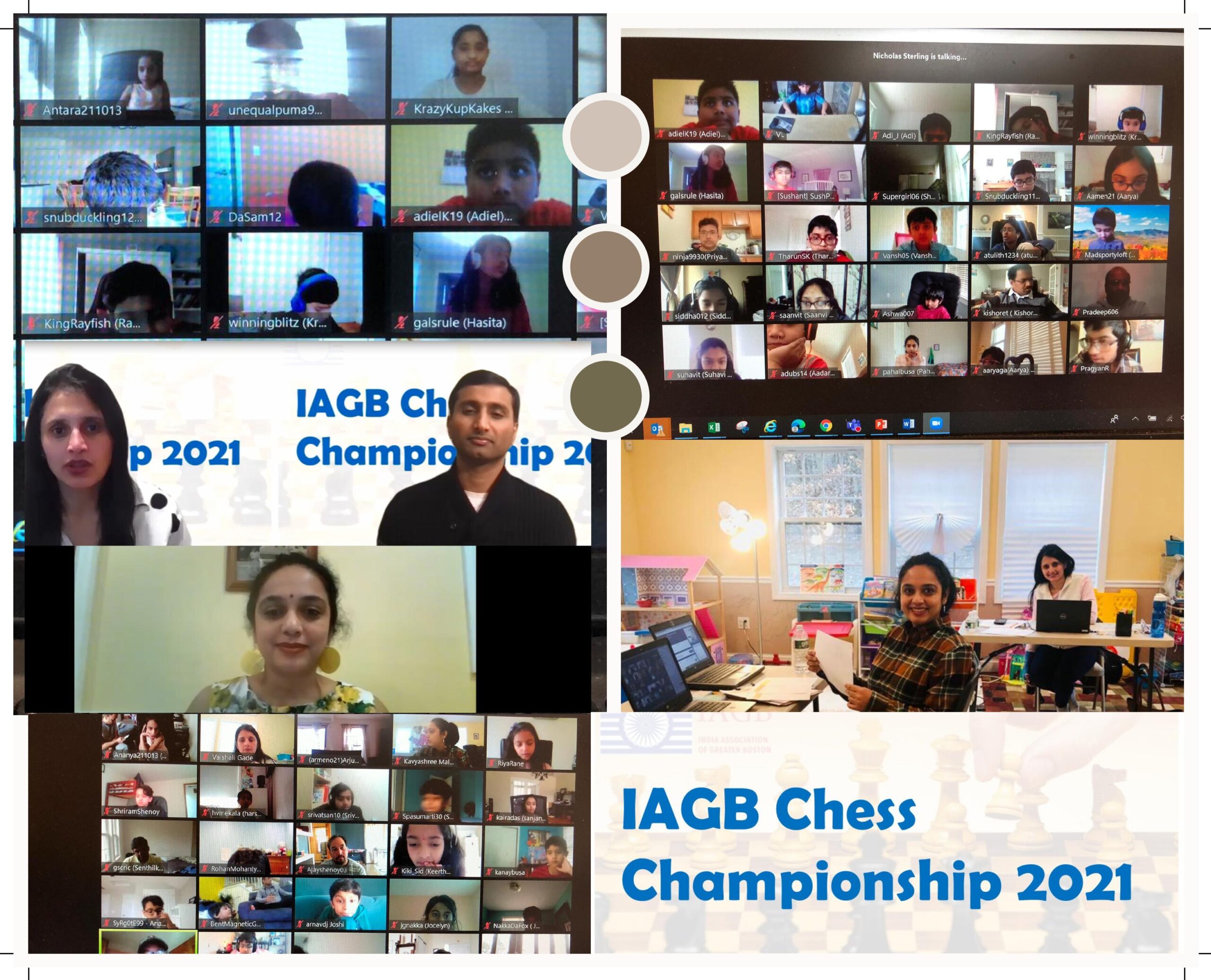 IAGB has been hosting a Chess competition as part of its Republic day celebration over the past several years. This year organizing committee had to rethink organizing the competition under the shadow of COVID. As in years past, we collaborated with Kavyashree Mallanna, one of New England’s top chess players and founder-director of Celestial Minds. Through this collaboration, we organized and conducted the competition entirely online using the chess.com platform.

The organizing committee was uncertain of the participation in the virtual chess competition. Event registrants pleasantly surprised us by signing up in numbers never seen before for this event. Joy over numbers started to fade as the anxiety of coordination began to settle in. During in-person events, new signup, membership validation, and adjustments all occurred same time at the venue. The virtual event took away that flexibility and forced us to rely on asynchronous communication to share event rules and details. Luckily for us, IAGB has talented team members that provided the necessary support and directions. The competition had three categories and followed the Swiss League Game 20 format. The tournament was directed by Kavyashree Mallanna, FIDE International Organizer, and Nick Sterling, USCF Arbiter. Kavyashree and Nick were extremely patient and gracious in explaining the rules and calling the fair play.

Thanks to the enthusiasm and dedication shown by the participants, the event progressed and concluded positively.

Competition winners are listed below: