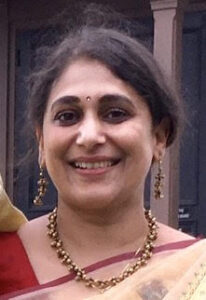 “It is a love-cum-arranged marriage”, Renu had informed her small, close-knit community in the outskirts of Rajkot, Gujarat. Her nephew was marrying a Punjabi girl, in an inter-cultural marriage, in the US. For those unaware of this Indian parlance, it is called a “love marriage” when the couple meet, get to know each other, fall in love and then decide to marry – before the family is involved. It is “arranged” when the family is the matchmaker and gets the couple together with an intention of getting them married. In India the latter is still a common practice. In the eyes of conservative folks in India, a marriage is a union between two families, and ensuring the couple has the blessings from both families, which culminates in a traditional wedding, is very important.  So “love-cum-arranged” softens the jagged edges of the love (read as “youthful foolishness” through the orthodox tinted glasses) with the cloak of family acceptance and blessing!

A few years ago, their community in Gujarat had been taken quite by storm, on seeing her nephew’s prom picture on Facebook, with his then white girlfriend. There had been an amusing rumor that the couple had eloped and this was their wedding picture. Renu was close to her nephew; even his confidant during his various relationships and breakups – which included girls from various ethnicities and religions. Being a progressive herself, she had been supportive of all his relationships. She had even saved their current relationship which had been on a brink of a breakup. So it wasn’t too far-fetched when she called it “love-cum-arranged”. She was also the bridge between the modern folks and the conservative members in her family. “Chokari apana dharmani che” – she conveyed this rather important aspect, that the bride belongs to the same religion, to the conservative wing. “Ane chokara nathi”, and he is not marrying a boy, quips the groom’s cousin. Overall, the family was happy that the boy had found an Indian bride in the US.

The Mehtas, aspiring for an authentic ceremony, had invited Shastriji, the family priest, straight from India to officiate the marriage. They had hired a local wedding planner in the US to manage the rest of the event. Renu’s brother, Mr Mehta, had tasked her with accompanying Shastriji from India. Upon her arrival to the US, Renu cultivated new friendships within both families, especially with relatives visiting from India. Among the visitors was the bride’s grandmother, Biji, visiting from Patiala. Biji was very alert, curious and full of life, except that she couldn’t hear very well. Renu was very patient with her, and they became quite the pair. Renu had arranged a US east coast trip for the Indian visitors to Niagara Falls, Statue of Liberty, the White House and Atlantic City. During the trip, while the visitors were enjoying themselves, Renu realized very shortly that these two headstrong guests, Biji and Shastriji, didn’t see eye to eye on many matters. As Biji went all out in Atlantic City; Shastriji, though curious and interested, had been too embarrassed to visit the casino.

Time flew by in preparations and ceremonies until the much awaited wedding day. The wedding planner was executing with finesse, and so far the perfectly orchestrated event spread over multiple days was smooth sailing. Starting with Sagai or engagement, mandap and griha puja, mehndi, haldi, sangeet until the most important part of the wedding ceremony. On the wedding day, Shastriji was in his best form, dressed in a full purohit attire of dhoti, kurta and pagdi, as he took his place in the mandap to perform the marriage. In a beautiful culmination of ceremonies, Shashtriji led the couple in the Gujarati custom of  four mangal pheras around the fire representing Dharma (duty), Artha (prosperity), Kama (love) and Moksha (liberation) followed by Saptapadi – the seven steps for the marriage vows of nourishment, strength, faith, love and respect, caring for children, health and peace, friendship and loyalty. Then the couple went around to get blessings from elders, starting with Biji, who was the eldest among both families. The otherwise easygoing Biji refused to bless the couple! She said she had been counting and the couple only took four pheras, so technically, per punjabi customs, the ceremony wasn’t complete. No explanation could convince Biji. Not even that Saptapadi – the seven steps – completed the marriage vows. Shastriji, proud of a job well done, couldn’t be convinced to add three more pheras. The blessings from other family members stopped with Biji’s refusal!

Within a few minutes the mood in the mandap changed from exuberant to somber. In the moment of crisis Renu remembered the casino on the eighth floor of the wedding venue hotel. On the pretext of the wedding buffet, she arranged for a few members of the wedding party to accompany Shastriji ever-so-casually past the casino. Hadn’t he indulged in Diwali gambling tradition to invoke Goddess Lakshmi (Goddess of wealth) before? Officiating the fantastic wedding ceremony absolutely called for a celebration! A little tentative at first, Shastriji relented. With the coast clear for the next few hours, Renu asked the wedding planner to arrange for a local priest to officiate another ceremony with Punjabi style pheras. This time, Biji sat in the Mandap and counted all seven pheras around the fire. This time, she showered the couple with blessings!

What started off as an easy, all Indian wedding, had almost started to turn sour. Who wants the first step in a new life together to be left with unpleasant memories! The wedding planner was indebted to Renu. Due to her quick thinking, Shastriji would not regret not having visited an American casino, Biji would remember her blessings with contentment and the rest of the family would cherish the memories of the two ceremonies that made the wedding vows stronger.