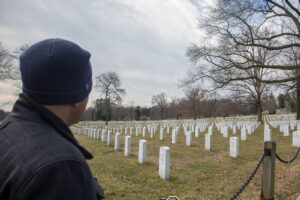 Last Monday of every year, The United States of America marks Memorial Day. The entire country honors the memory of all the great souls who gave the ultimate sacrifice in defense of freedom while serving in armed forces – Army, Marine Corps, Navy, Air Force, Space Force, and Coast Guard.

The tradition of Memorial Day has roots starting after the end of Civil war. Originally this day was known as the Decoration Day. This day became a federal holiday starting in 1917.

America’s Civil War of 1860s had claimed the greatest number of lives of all conflicts in U.S. history. While communities started organizing memorial gatherings during the Spring of every year, officially the federal government recognized Waterloo, New York as the birthplace of Memorial Day in 1966. On May 5th, 1866, Waterloo started an annual event when all businesses where closed and residents decorated the graves of soldiers with flowers and flags.

After World War I Decoration Day evolved into Memorial Day, to commemorate American Military personnel who died in all wars. Since then, America has been in the theater of war in World War II, the Vietnam War, The Korean War and more recently in Afghanistan and Iraq and few others.

In 1968, Congress passed the Uniform Monday Holiday Act, which established Memorial Day as the last Monday in May in order to create a three-day weekend for federal employees. The change went into effect in 1971. The same law also declared Memorial Day a federal holiday.

Everyone probably associates the 24-note tune distinctive bugle melody with Memorial Day Commemoration known as – Taps,” The lights-out” signal to soldiers at night, date back to the American Civil War.

In July 1862, U.S. General Daniel Butterfield and his brigade were camped at Harrison’s Landing, Virginia, recuperating after the Seven Days Battles near Richmond. Dissatisfied with the standard bugle call employed by the Army to indicate to troops it was time to go to sleep, and thinking the call should sound more melodious, Butterfield reworked an existing bugle call used to signal the end of the day. After he had his brigade bugler, Private Oliver Wilcox Norton, play it for the men, buglers from other units became interested in the 24-note tune and it quickly spread throughout the Army, and even caught on with the Confederates.

This Memorial Day, IAGB joins millions of Americans in horning the memory of fallen!

Don’t search for Heaven because it’s here in Leh! May IAGB 2021 Youth of the Month