An integral part of India’s legacy and heritage (dharohar) are its cities, towns, and villages. History awaits at every corner of India, whether it’s a lost legend, a well-preserved palace, or a village bazaar. Through our ‘Dharohar’ section we will bring to you some of India’s treasured places.

This month we showcase Thiruvananthapuram, the capital city of the Indian state of Kerala. Located on the west coast of India near the extreme south of the mainland, Thiruvananthapuram is known as the Evergreen city of India, characterized by its undulating terrain of low coastal hills. 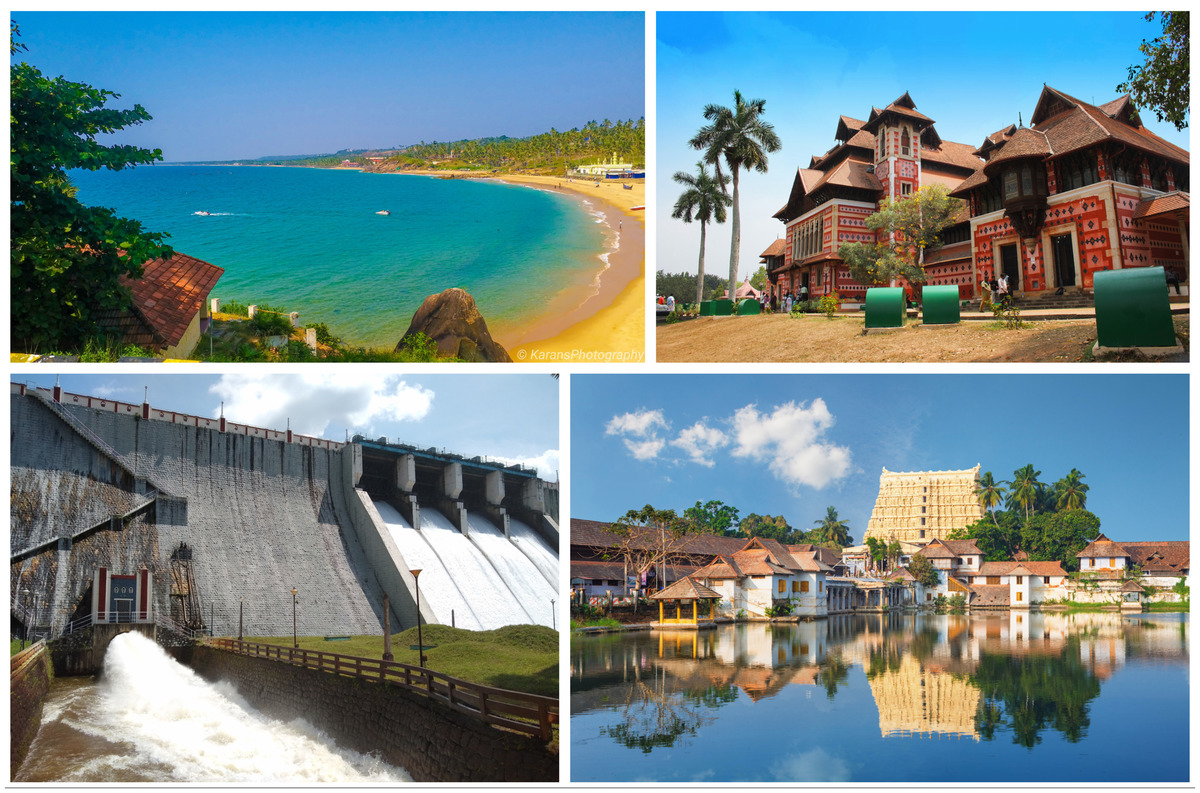 Month of January is typically busy in Thiruvananthapuram due to the “Nishagandhi Dance Festival”, and “Swathi Sangeethotsavam”. Nishagandhi Festival runs for seven evenings with each dedicated to a different genre of dance. Swathi Music Festival pays tribute to the compositions of Maharaja Swathi Thirunal, who was the king of Travancore in the early 19th century. The entire festival is devoted to his compositions and attracts eminent musicians from all over India.

The city takes its name from the word thiru-anantha-puram, meaning “The City of Lord Ananta”, referring to the deity of the Sri Padmanabhaswamy Temple located in the city. The city comprises beautiful beaches, long stretches of palm fringed shorelines, windy backwaters and historical structures. The city is also popular for its ancient temples that are renowned for their architecture.
As you traverse through Thiruvananthapuram, there are many popular beaches and hill stations worth visiting. Kovalam, Shanghumukham, Varkala are just some of the beaches that attract a lot of tourists. Agasthyakoodam is famous for its rare herbs that are of high medical value that are found on the slopes of the hill. Ponmudi is another hill station with breezy pathways, excellent trekking trails and is home to a variety of flowers, and eye-catching butterflies. Another place worth visiting is the Neyyar Dam. Located across the Neyyar River, passing from Agasthyakoodam and merging with the Arabian Sea near Poovar, the Neyyer dam is situated at the foothills of the Western Ghats. The dam is a famous picnic spot because of the lake that it encompasses. Boating and mountaineering are some activities one can indulge in while here.
Lastly, the Napier Museum is something you can’t afford to miss while in the city. With rare collections of bronze articles, antique musical instruments and ivory carvings, it is also known for its admirable architectural design. Thiruvananthapuram is also a major academic hub; it houses several educational and scientific institutions like Vikram Sarabhai Space Centre (VSSC) and the Indian Institute of Space Science and Technology (IIST). Thiruvananthapuram International Airport is the main airport and well connected to all the major cities of India. By rail, Thiruvananthapuram Central Railway Station is the main railway station. It is also well connected by road, including many buses run by Kerala tourism. Thiruvananthapuram is certainly a perfect getaway to visit with its beaches, lush hills, backwaters, wildlife sanctuaries and islands.