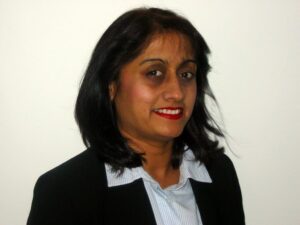 We have seen immense attack to the U.S. Immigration System by the current Administration over the last four years, and these attacks became more vigorous in the last 3-4 months. Although we can all agree that the U.S. immigration laws are overdue for reform, it is fortunate that the current administration was not able to change any existing laws and make it even harder for immigrants. The current administration was very aware that they would not get any support from Congress, so they attempted to use options not requiring any Congressional approval to make changes to existing processes.

I will address some of the changes made by this administration below and I will indicate which ones are still ongoing.

Executive actions, also called presidential actions, are actions that are taken by the President of the United States, usually through the following vehicles: Executive Orders; Presidential Proclamations; and Presidential Memoranda.

On June 22, 2020, the President issued Proclamation 10052 titled Proclamation Suspending Entry of Aliens Who Present a Risk to the U.S. Labor Market Following the Coronavirus Outbreak. Effective June 24, 2020, the proclamation suspends “entry into the United States of any alien seeking entry pursuant to any of the following nonimmigrant visas” until December 31, 2020, subject to section 3 of the proclamation:

It is very likely that President Trump will extend these Proclamations; requiring the new Administration to affirmatively rescind them.

I have only listed few of the several Executive orders. The next administration will be able to set side all the executives orders by just signing a new executive order.

It is likely that the current administration will seek to publish as many final regulations as possible before January 20th to make longer-lasting policy changes. This is because any rule that has been finalized cannot be rescinded unless it goes through rulemaking process, is set-aside by a court, or are rescinded by Congress by way of the Congressional Review Act.  The ability to finalize regulations will be very dependent on what phase the specific action is in the regulatory drafting and review process and how high of a priority it is for the Administration.

This means that a rule has already been issued as a proposed rule, comments have been received, and a final rule has been drafted, or the rule is being issued as a straight final rule. These rules are the closest to being finalized and published.

DHS and DOJ published a final rule that finalizes, with minor changes, the interim final rule published on July 16, 2019, that barred from asylum eligibility individuals who transit through a third country without seeking protection. The rule is effective January 19, 2021

I have only listed the proposed rule as they relate to Asylum. There are a few other rules that are pending at this stage.

These are rules that were published as interim final rules with a comment period and either took effect or were to take effect but were subsequently set aside by a Court because the government failed to take the proper steps to issue the rule.

This administration has finalized a sweeping regulation that will effectively end asylum protection in the United States. The regulation, which was proposed in June, is set to go into effect on January 1, 2021—only nine days before President Trump leaves office. If implemented, it will mean that very few people fleeing persecution will be able to obtain refuge in the United States.

The regulation imposes radical new bars and obstacles in almost every aspect of asylum law and procedure. Some of the more devastating provisions include:

Together, these provisions and many others amount to a radical end-run around Congress erasing asylum protections in the U.S.

I have listed only few of the many provisions proposed by this administration. There are few others that are pending at this stage.

These rules will be even harder to finalize as all comments have not yet been received. The agency will need to review and respond to the comments, draft, and clear the final rule at agency and department level, as well as OIRA. To help slow down the finalization of rules, it is important for the public to submit as many unique comments as possible.

DACA temporarily protects certain people without immigration status from deportation and provides them with a work permit. The Trump administration’s previous effort to end the initiative altogether was rejected by the U.S. Supreme Court. DHS responded by attempting to severely limit participation in the initiative, which the court in New York rejected. A federal judge in New York has overturned this administration’s latest effort to limit the Deferred Action for Childhood Arrivals (DACA) initiative. The latest decision means that starting December 7, 2020, hundreds of thousands of people should be able to apply for DACA for the first time.

It is clear to most that the current administration declared an attack on immigration from the moment they took office a few years ago.  This unsolicited war has had a deep impact on the immigrant community and it continues to terrorize many seeking legal status in the U.S. Unfortunately, this attack will most likely not stop until the end of this administration’s reign and it is very possible that we will see more changes over the next month. In response, the immigrant community will continue to adapt to these changes and fight for their right to be in this country.

The new administration is set to take office by the end of January and it is predicted that they will have a more meaningful and sympathetic approach to immigration laws. They might not be able to make every change right when they take office but they will be able to overturn many of the nonsensical policies in place and will most likely start the process to overturn prior regulatory actions. There is hope!

Senior Initiatives My perspective with respect to Covid-19