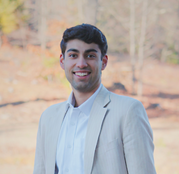 Massachusetts tennis state champion Aryan Nijhawan has always excelled in the sport of tennis. At the start of high school, Aryan, an incoming Economics and Mathematics Major and Computer Science Minor at Brandeis University, made the big move to the United States from India where he had been ranked top 3 in the State of Delhi and top 40 in the nation. During his high school career, he played the #1 singles position for all four years, delivering outstanding overall records such as 21-1 in a season. In his sophomore year, he won the Central Mass MIAA Division Championship, and as a senior and a co-captain, he led his team to the State Championship finals for the first time in 4 years. In all of New England, Aryan has ranked top 10 in singles and top 5 in doubles in the under 18 boys category. He has also ranked 240 in the country and was recruited to Brandeis as a student athlete. With numerous national level tournaments as well as other awards and recognitions under his belt, he says, “tennis is a lot more than a sport to me – it has not only helped me make so many memories and connections, but it has also helped me find a goal and purpose in life.”

IAGB congratulates Aryan Nijhawan on becoming the July 2021 Youth of the Month.