They say the best way to engage with a community is when you serve it steadily and silently. It is not when you only talk about it in theory but actually do it. And Avinash Patil – a technologist and a successful entrepreneur – has been doing it for around three decades. 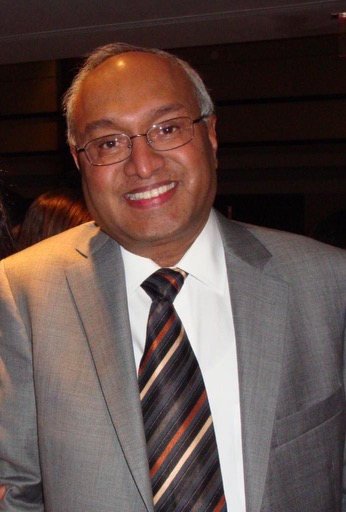 For most of this time he has been closely associated with the New England Marathi Mandal, an organization of Marathi-speaking people within the New England region. Avinash started getting involved in the community activities in the early 1990’s and after serving on the executive committee as a member, vice-president, & the president, he has been operating as a trustee of the organization till date.  During his tenure he has seen NEMM flourish from an almost informal group of a few families holding cultural activities together to a sustainable, registered not-for-profit and financially stable organization. NEMM has hosted big conventions for the Marathi speaking people all across North America twice and Avinash worked as a co-convener for one of those conventions. This experience led him to serve as a treasurer for the Bruhan Maharashtra Mandal of North America, a premier organization for the Marathi speaking community in this region, for four years.

One step leads to another. National and international exposure through the BMM led Avinash Patil to work as a treasurer with another important charitable organization aiming to improve quality of life among the under-privileged sections of the society, the Maharashtra Foundation, for six years. Working with these organizations, especially with Maharashtra Foundation, was a big learning experience for him. He says, “Raising and sending funds to Maharashtra, India was the simplest part. More critical part was choosing the right grass roots organizations which can make a meaningful change in the lives of intended beneficiaries.” He himself visited and observed the initiatives run on the ground in India. But all this was later in the 2010’s.

Before that and closer to home, he got involved with the activities of Indian American Forum for Political Education in the early 2000’s for a couple of years.  This organization worked to enhance political awareness and to encourage civic engagement among the Indian American community.  Informing and encouraging the youth to join the political arena was his favorite part of the experience. However it appears that that didn’t stop there. He has been involved for a long time with the Acton Diwali committee and this year he has been selected to Acton Town Finance Committee. It is a board of nine members overseeing the town’s finances.

Avinash Patil is no stranger to our IAGB family. He has served the organization from 2015 to 2017 as its secretary. He believes that IAGB can and does unitize different community organizations in our area to address shared community issues. He is happy to see that the community organizations, including IAGB are changing their focus towards better assimilation with the local communities. And therefore he appeals to everyone to get involved and do their part, “You can’t get the experience without getting in there.”

We wish Avinashji the best for all his community work!