India’s Journey to a Republic Nation 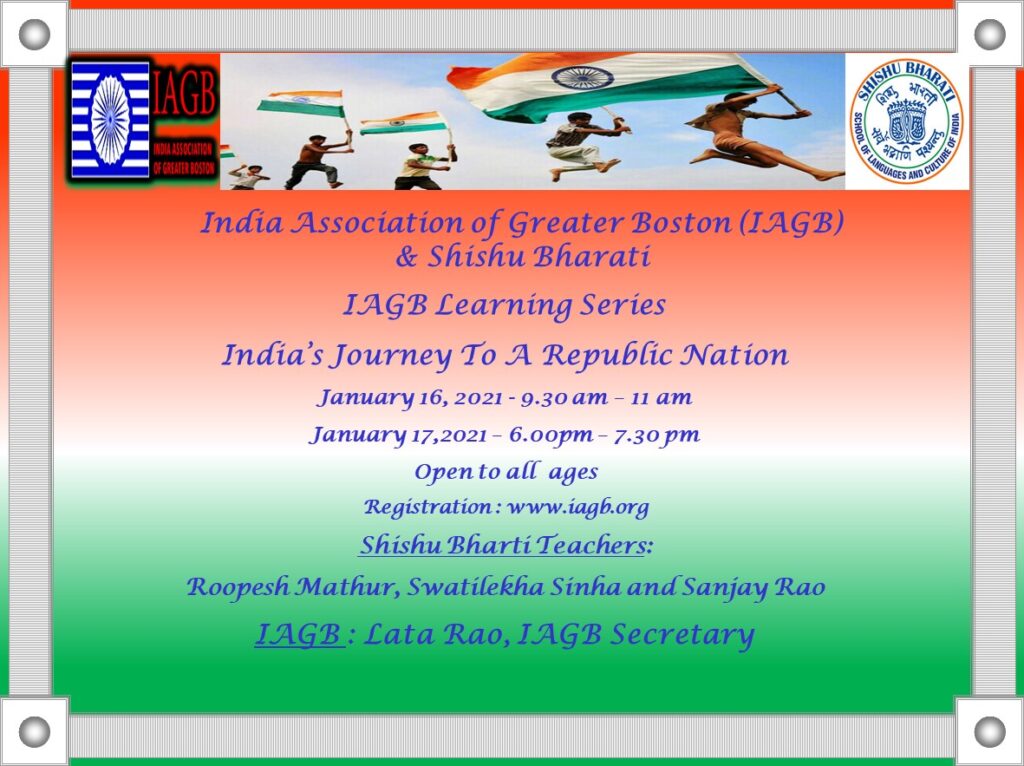 India with its 1.3 Billion people is the largest democracy in the world, and became a Republic on January 26, 1950 with its own Constitution, Independent executive, Representative and Judicial organs, Federal Governance structure, that have stood the test of time.

The fact that India was a British colony only 75 years ago and after independence in 1947, has grown into one of the largest economies and one of the most influential countries on the world stage, is in itself a noteworthy achievement.

The Indian Constituent Assembly, which met for the first time on December 9, 1946, created the Indian Constitution in less than three years. This was a monumental achievement in the face of immense challenges, such as the Partition of India.

In this 2 session event, we will explore how this monumental achievement to become a Republic came about and understand the difficulties that were faced.

If you did not know the above, come join us on Jan 16th and 17th  and get to know the answers to these and much more….