An integral part of India’s legacy and heritage (dharohar) are its cities, towns, and villages. History awaits at every corner of India, whether it’s a lost legend, a well-preserved palace, or a village bazaar. Through our ‘Dharohar’ section we will bring to you some of India’s treasured places.

This month we showcase Bhuj, a municipality city in the state of Gujarat. Bhuj is known as a desert city, with its history dating back to kingdoms and empires, ancient temples, and traditional handicrafts. As we write this, Bhuj is a happening and busy destination during the Runn Utsav, that celebrates the marvels of nature at the White Desert and the rich cultural and artistic heritage of Kutch. Runn Utsav began as a three-day festival in 2005, and is now a 100-day festival, with this year running from November 01 2021 to February 20 2022. The celebratory festival begins in Bhuj, and goes around the district with a grand finale of the festival at Rann Utsav Tent City at Dhordo, a village near Rann of Kutch. 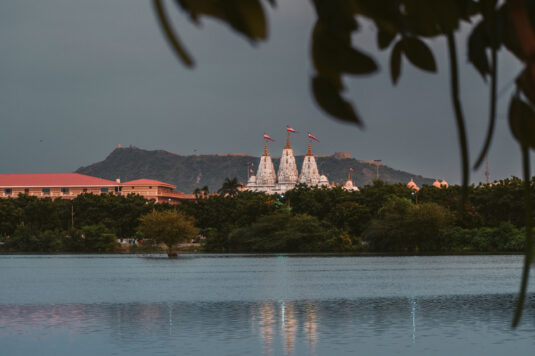 Historians says that Bhuj got its name from the mountain range, Bhujiyo Dungar hillock that overlooks the city about 3 km from the city center.
The land of Bhuj is home to many historical sites – Aaina Mahal palace, or ‘Hall of Mirrors’ which was built in the middle of the 18th century, and Prag Mahal built from Italian marble and sandstone, with its clock tower offering panoramic view of Bhuj.
As you traverse through Bhuj, another attraction is Hamirsar Lake located in the heart of Bhuj. Bhuj is known for hot and dry summers, and this lake is considered an oasis between saline and arid Kutch.
Mandvi beach in Bhuj is another place to visit when on the northwestern coast of India for its beautiful, idyllic serenity. Take a long walk along the shore as you witness the sun setting over the horizon, or go for bird spotting and discover the beauty of Kutch through its fauna.
Lastly, visit to Bhuj will be incomplete without exploring the Great Rann of Kutch, the pristine white salt desert which stretches from the mouth of River Indus to the Gulf of Kutch. The contrasting landscape of the White Desert is one of a kind in India and draws tourists in large numbers. 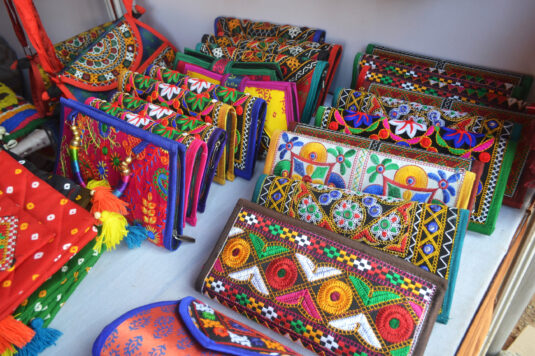 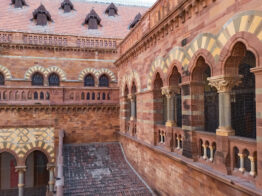 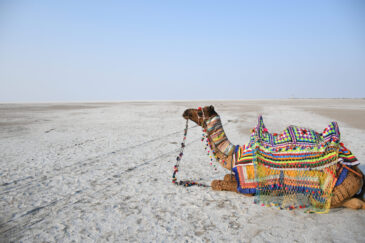 Bhuj is connected to all major cities of Gujarat through the Rudra Mata Airport, Bhuj Railway Station and through state transport buses, and private buses. Bhuj is definitely a fascinating tourist attraction with gigantic palaces and amazing handicrafts to explore.